Percentage of people in debt to payday loans

Almost 80% of Americans are in debt to to financial lenders including payday loan places, which are supposed to be used for short term needs. There are now close to 12 million payday loan borrowers who can not cover their daily expenses with their paychecks. These short term products are being increasingly used more and more despite state limits on interest rates and warnings customers need to sign before they receive the loan. The consumers need the quick cash for emergencies, but the cost and fees have them getting deeper into debt.

Reasoning behind the payday loan

Why do Americans fall prey to such predatory lending? Easy answer: emergencies. With less and less Americans saving for emergencies, the payday loan has become the new credit card for those who can not get lending otherwise. These payday loans allow anyone to borrow as long as you have three things: a job, proof of identification, and a checking account. That’s why those who make less than $40,000/year are more susceptible. This demographic do not have the extra cash flow to save like higher salaries. Those emergencies turn into debt snowballs, which cause the person to re-borrow or roll over the loan. This study shows the average loan borrower rolls over or re-borrows ten times or more.

The Quicker the Payment Term, the higher the rate

Shorter term loans cost less, right? Consumers may be fooled into thinking that the two week or four week term is cheaper. The high interest rates keep customers coming back, resulting in a short term loan becoming a long term one. In this same article, these fees cause consumers (80%) to keep re-borrowing their loan, since they are not able to afford the sometimes 400% interest rates States have tried to place limits, but payday loan places have started offering products like a line of credit.

Population preyed on by payday loans

Payday loans can seem like an attractive alternative to the highly sought after credit cards, which can be hard for those with poor credit to find. The demographic most affected by these often predatory loans are those ages 25-49, African Americans, Renters, and those who make 15,000 to 25,000 a year. The salary makes sense because it shows why they were not able to make ends meet with one paycheck. Parents and the disabled also were among those who took out payday loans the most. This demographic (69%) take the money out the cover bills that were expected, like rent or food. This need to pay expected bills is a symptom of the need to raise minimum wage.

How many loans does a person re-borrow before they stop? Does a cooling off period matter? A study done by consumer finance shows the startling payday loan statistics of how many people re-borrow and how many loans a person takes out before they stop. In a “loan sequence,” the average loan borrower takes ten loans out before walking away. In states were there is a cooling off period, the amount of re-borrowing does not drop. The statistics are startling that same day loan places have a significantly lower rate of re-borrowing 18% as compared to the over 70% in other states.

Despite the limitations placed by states, it seems that the payday loan industry is here to stay. The industry has grown by 269% over the last five years. Despite warnings of high interest rates and news stories on the harsh realities of payday personal loans, consumers still continue to take them and get trapped in the cycle. The steady gain of the industry shows the growing need to raise salaries because people are not able to save or pay recurring bills. 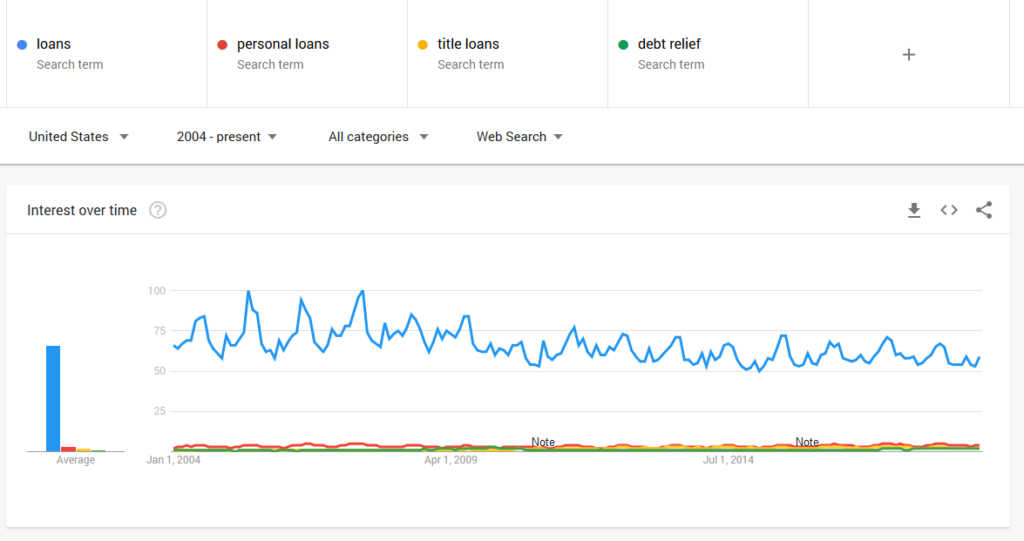