Before we get into talking about some of the most interesting statistics related to refinancing existing loans, you need to know what, exactly, refinancing is.

When you get help from a lender to purchase something, the good you buy has been financed.

Refinancing, on the other hand, refers to when people, organizations, or businesses go to independent financial service providers and ask them for a loan. This loan is just large enough to pay off the current debt account they’ve got open. The lender of this loan then engages the borrower in a deal that ultimately results in the consolidation of multiple debt accounts, the shortening or lengthening of the loan term, typically the reduction of interest rate, and other changes that provide an incentive for people, businesses and students that are in debt to refinance their loans.

One of the most common types of debt that gets refinanced is that of mortgages.

Now, you’re more than ready to learn some interesting, thought-provoking statistics regarding refinancing, particularly the refinancing of mortgages.

1. Loan Amount Changes Of 5 Percent Or Better Are This Popular

In the United States, according to Freddie Mac, in the first two quarters of 2019, respectively, the percent of refinanced loans that ultimately took on 5 percent or more in dollar value was 77 and 61 percent for the first and second quarters of 2019.

This means that most consumers who choose to refinance are highly likely to ultimately be forking more money over to financiers that refinance borrowers’ existing loans.

2. Mortgages Aren’t Refinanced As Often As They Used To Be

In the second quarter of 2006, for reference, the total dollar value of mortgages that were refinanced was $104.8 billion. In 2018’s fourth quarter, according to Freddie Mac, as well, just $14.8 billion in terms of home equity was exchanged for cash in the form of refinanced loans.

This is a good sign for the current consumer home borrowing market because the first statistic above was just a year before the Great Recession. $14.8 billion is low, which looks good.

3. These Are The Leading Reasons For Refinancing Mortgages

One major reason why American homeowners want to make new, improved loans in exchange for their existing mortgages is to smash together multiple debt accounts, making keeping up with them a lot easier. Another reason is to pay off big-time expenses that are looming on the horizon.

Although you may want to refinance your home mortgage for another reason, it’s most likely that you will want to do so for one of these two reasons, if not both.

Mortgages’ interest rates are just about the most important metric to look to when gauging how good a mortgage offer is. Two months ago, in June 2019, the average annual percentage rate – APR, which is short for annual percentage rate, is the effective interest rate for a loan, meaning it expresses how much you’ll actually pay in a year’s time with fees included in terms of a percentage interest rate – was just 4.09 percent on 30-year fixed-rate offers, says NerdWallet. This is great for borrowers, as well as for those who want to potentially refinance such mortgages on down the road.

5. This Is How Many Dollars’ Worth Of Domestic Mortgage Refinances Are Worth

The less money is spent on refinancing mortgages in the industry as a whole, the more favorable terms you’re likely to get if you sign up to have your mortgage refinanced.

Since it’s highly likely that mortgage rates are going to drop in the next few weeks or months, it will soon be the best time possible for homeowners to refinance their mortgages.

This is believed to be true because there was a refinance boom earlier this year that ended in April 2019. Since it hasn’t gone on for a while, it’s likely that the boom is going to start back up very soon. 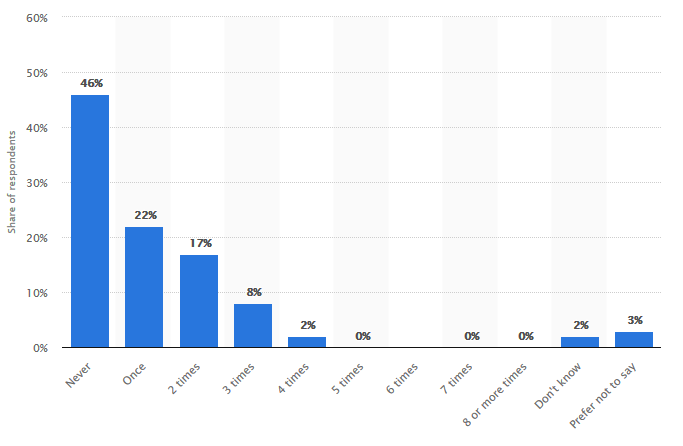 Reasons to Refinance In 2019